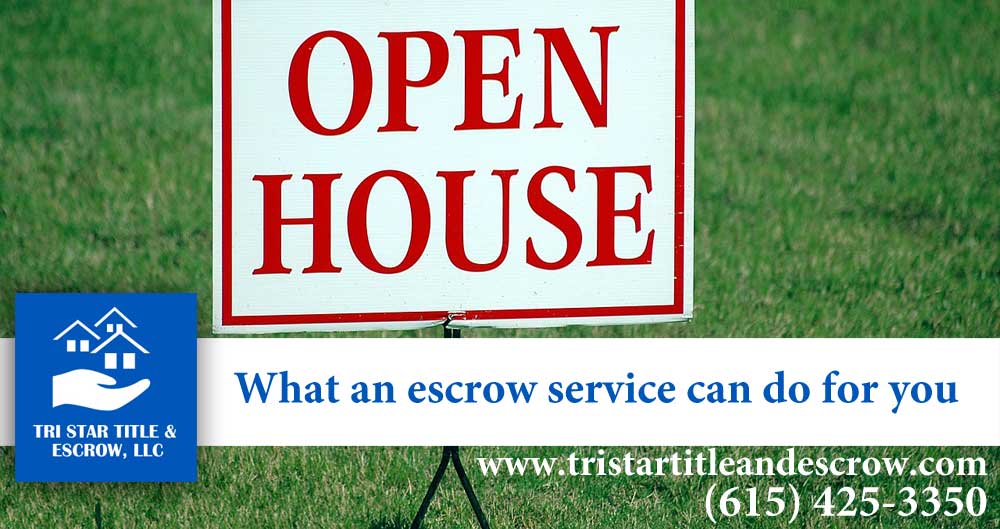 what an escrow service can do for you

When I picture selling a house, I imagine a guy with a signed deed and another guy with a big bag of money trading with each other. In theory, title guy could just grab the money guy's money and run, or vice versa. In truth, a home sale is a lot more complicated transaction, and that just means there are more complicated ways to rip each other off. This is where escrow guy comes in. His job is to hang on to title guy's title and money guy's money until everyone is happy enough with the deal. But wait, there's more. Here are a few things an escrow account can do to help you out.

When buying or selling a house

As I mentioned before, when you sell a house, it's important to have a third party to hold all of the valuables until everyone involved is sufficiently happy with what they're getting out of the deal. As mentioned above, escrow guy mitigates the risk of a straight handoff and causes the exchange to happen at essentially the same time.

When paying your taxes

Ever notice how your taxes and mortgage insurance are included in your monthly mortgage payment, yet the taxes and insurance are paid yearly? There needs to be some kind of holding account where those funds accrue until it's time to pay the bills. That's escrow guy stepping in again, except this time instead of protecting you, he's just here to make your life more convenient. What a guy!

Sometimes it may happen that the seller doesn't have a place to move to just as soon as the deal closes. It happens, and you're not a monster, so you won't just kick them out on the street, but you're no sucker either. You'll be getting a rent payment out of them, and rather than go through the hassle of collecting it directly, your escrow service will just hold out a little of the money from their payment. Hopefully, you now know a little more about what an escrow service can do for you, and hopefully you'll have the good sense to use one if you ever buy or sell something of great value.

Get the latest news emailed to you!